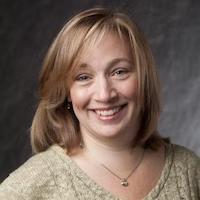 Karyn Rogers is an Associate Professor in Earth and Environmental Sciences at Rensselaer Polytechnic Institute, where she also directs the Rensselaer Astrobiology Research and Education (RARE) Center. She earned an AB from Harvard University with a double concentration in both Earth & Planetary Sciences and Environmental Science & Public Policy. She received an MS from Stanford University, and an AM and a PhD from Washington University in St. Louis in Earth & Planetary Sciences. Prior to her arrival at RPI in 2013, Karyn previously held positions at the Geophysical Laboratory of the Carnegie Institute for Science in Washington DC, as well as the University of Missouri and the Woods Hole Oceanographic Institution. Karyn’s research interests focus largely on habitability in extreme environments. Exploring everything from microbial diversity and activity, to metabolic reaction energetics, and the synthesis of prebiotic molecules in early Earth environments, Karyn’s research has included field expeditions around the world, as well as the construction of a state-of-the-art high pressure experimental laboratory. Recently Karyn’s research group at RPI, the Habitability and Extreme Life Laboratory, has been focused on the impacts of elevated pressure on microbial growth and physiology, as well as the synthesis of prebiotic polymers in high temperature, high pressure, and geochemically variable conditions.
More about Dr. Karyn Rogers here.

E. Bruce Watson is an Institute Professor of Earth and Environmental Sciences at Rensselaer Polytechnic Institute. He earned his BA in Geology from the University of New Hampshire and a PhD in Geochemistry from the Massachusetts Institute of Technology. His research group focuses on chemical phenomena in and on the Earth and terrestrial planets, with emphasis on the outer 100 kilometers of the Earth. His group uses laboratory devices to achieve conditions of elevated pressure and temperature, where they conduct experiments designed to characterize fundamental properties and behavior of planetary materials. Broadly speaking, the goals of their work are to understand the internal workings of the Earth and terrestrial planets through experimentation and modeling, and to provide tools that will allow the team and other geoscientists to "reverse engineer" Earth materials to gain insight into our planet's history. As a long-term member of RPI's Astrobiology Center, Bruce developed a strong focus on characterizing the conditions of earliest Earth (4+ billion year ago) as the stage upon which early life took hold.
More about Dr. E. Bruce Watson here. 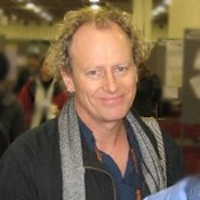 Peter Fox is the Tetherless World Constellation Chair, Professor of Earth and Environmental Sciences, Computer Science and Cognitive Science, and Director of the Information Technology and Web Science Program at Rensselaer Polytechnic Institute. Peter has a BSc (hons) and PhD in Applied Mathematics (physics and computer science) from Monash University. Peter’s research includes computational and computer science; ocean and environmental informatics; and distributed semantic data frameworks, with applications to large-scale distributed data science investigations. Peter served as President of the Federation of Earth Science Information Partners (ESIP; 2014-2016), and as chair of the International Union of Geodesy and Geophysics Union Commission on Data and Information (2007-2015). Peter is Editor-in-Chief of AGU's Earth and Space Science journal. In 2012, Peter was awarded the European Geoscience Union, Ian McHarg/ Earth and Space Science Informatics (ESSI) Medal, and ESIP's Martha Maiden Lifetime Achievement award for service to the Earth Sciences Information communities. Peter was elected as the first ESSI fellow for the American Geophysical Union, and AAAS fellow in 2018.
More about Dr. Peter Fox here. 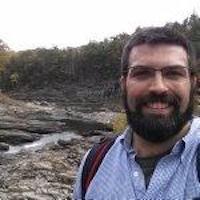 Morgan Schaller is an Associate Professor of Earth and Environmental Science at Rensselaer Polytechnic Institute. He holds a BS in both Geology and Biology from Binghamton University, and an MS in Hydrogeology and a PhD in Geochemistry from Rutgers University. Morgan’s interests are broadly in the history of the Earth system and changes in climate over long timescales. Morgan uses light stable isotopes and fluid inclusions to trace the interaction and transfer of elements through the atmosphere, biosphere, and solid earth, specifically linking geologic processes to the history of Earth’s major atmospheric gases. Morgan is credited with demonstrating the atmospheric CO2 effect of a Large Igneous Province eruption (the Central Atlantic Magmatic Province), and discovering the extraterrestrial impact ejecta associated with the climatic event at the Paleocene-Eocene boundary. Morgan’s most recent work has been a new analytical method for determining the concentration of oxygen in the ancient atmosphere using fluid inclusions in soil carbonates. In 2018, Morgan was awarded the Houtermans Medal from the European Association of Geochemistry.
More about Dr. Morgan Schaller here. 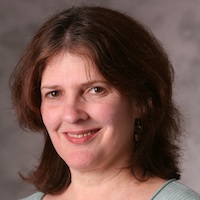 Linda B. McGown is the William Weightman Walker Professor of Chemistry and Chemical Biology at Rensselaer Polytechnic Institute. She received her BS in chemistry from SUNY Buffalo and her PhD in chemistry from the University of Washington. She is a Fellow of the American Association for the Advancement of Science and the Society for Applied Spectroscopy. Her interests include spectroscopic analysis, biomolecular affinity interactions, molecular architecture and biomolecular separations. She enjoys pursuing unconventional pathways to overcoming existing analytical challenges, such as her current work on new approaches to discovery of biological affinity reagents known as "aptamers" based on biological evolution rather than chemical selection. Additional interests include molecular self-assembly, particularly structures known as G-quadruplex DNA that are formed by guanosine compounds, and nucleic acid separation and analysis. Her work in this project centers on plausible pathways to polymerization of biological precursors in early Earth environments and analytical strategies to support investigations of prebiotic chemistry.
More about Dr. Linda B. McGown here. 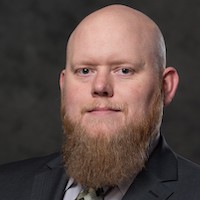 Jacob T. Shelley is the Alan Paul Schulz Career Development Professor of Chemistry and Chemical Biology at Rensselaer Polytechnic Institute. He earned his BS in Chemistry from Northern Arizona University in Flagstaff, and completed his PhD at Indiana University. In 2012 Jake was awarded a prestigious Alexander von Humboldt Postdoctoral Fellowship to continue his research at the University of Munster in Germany. Prior to his arrival at RPI in 2016 Jake also held positions at Purdue University and Kent State University. His current research interests lie in the development of new hardware and software tools for mass spectrometry, which enable rapid and sensitive detection and identification of analytes in complex matrices. His work as part of the project will focus on the characterization of molecular reaction products from abiotic syntheses in the presence of mineral catalysts with ultra-high performance liquid chromatography (UHPLC) coupled to high-resolution mass spectrometry; and on the measurement of spatial distribution of organic reaction products bound or adsorbed on mineral surfaces with mass-spectral imaging techniques, correlated with elemental distributions from laser-induced breakdown spectroscopy (LIBS) measurements.
More about Dr. Jacob T. Shelley here.

We are looking to add affiliations in the future.